ICE launched one of its largest raids ever against an Ohio employer with over 200 agents involved in arresting over 114 illegal aliens at a gardening and landscaping company, signaling a warning to US employers that they are vulnerable if they hire unauthorized workers! Although no criminal charges have yet been filed against the company, they are currently under investigation. In April, ICE agents made about 100 arrests at a meatpacking plant in Tennessee. ICE is definitely asserting its ability to disrupt sanctuary cities and states!

The United Nations Human Rights Office called on the Trump administration Tuesday to “immediately halt” its new policy of separating children from their parents after they cross the U.S. border with Mexico, insisting there is “nothing normal about detaining children.”

Ravina Shamdasani, a spokeswoman for the U.N. high commissioner for human rights derided the United States over the hundreds of children removed from their parents who were jailed for entering the country illegally. She said border control appears to take precedence over child protection and care in the U.S.

However, Nikki Haley, the U.S. ambassador to the United Nations, then responded: “Once again, the United Nations shows its hypocrisy by calling out the United States while it ignores the reprehensible human rights records of several members of its own Human Rights Council.”

In other news, two Democratic holdouts have just signaled their support for an immigration vote on the House floor. This brings supporters within 3 signatures of the necessary 218 to trigger a potential showdown in Congress over the fate of hundreds of thousands of Dreamers! It’s about time that legislators of both parties finally begun to step up to the plate and do the right thing for America! Dreamers make America great! 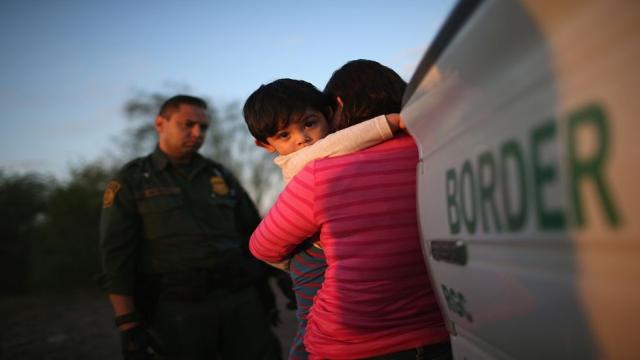