The head of the ICE unit in charge of deportations issued a new directive to his officers to take action against all undocumented immigrants that may be encountered while on duty regardless of criminal histories. Many see the directive as going beyond the Trump Administration’s publicly stated aims. The Trump administration thus far has been clear in promising to increase immigration enforcement, but has so far emphasized its priority to deport immigrants who are a public safety threat.

U.S. TO RELEASE AN ADDITIONAL 15,000 VISAS FOR SEASONAL WORKERS

The Department of Homeland Security announced on July 17 that it will release up to 15,000 H-2B visas, known as visas for seasonal workers, to businesses that can prove that they will be severely impacted without foreign workers. Businesses in the tourism industry have welcomed the announcement but have cited concerns that the government is still offering too few visas to satisfy the growing demand. Many businesses in the tourism sector are desperately in need for help and staff under the current visa program with several hotels closing portions of their rooms because of the lack of available workers. 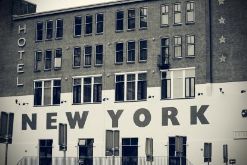 The Department of Homeland Security confirmed that passengers flying into the United States from airports in 10 Muslim-majority countries affected by the laptop ban can now take their laptops and other large devices. The ban was lifted due to the establishment and compliance by airlines and airports of new Homeland Security Standards.

Officials had previously considered extending the laptop ban to flights from Europe in response to intelligence reports of bombs being built to look like laptops. Analysts feared a negative impact to the U.S. economy due to the frequency of business travel from Europe to the United States. 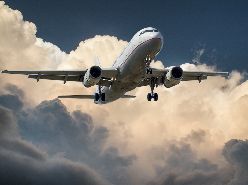 Recent reports have surfaced that President Donald Trump and his administration are working towards halving the number of legal immigrants allowed to enter the U.S. each year. Trump plans to push an immigration reform bill due to be released later this summer by Republican Senators Tom Cotton of Arkansas and David Perdue of Georgia. This piece of legislation could effectively halve the number of legal immigrants allowed into the country each year from about 1 million to 500,000 by 2027.

The Trump Administration is considering the expansion of the DHS’s powers to expedite deportations of qualifying illegal immigrants. The new policy would impact those who cannot prove that they have lived in the country for more than 90 days. The DHS stated that the changes would allow the DHS to more efficiently use their resources in deportations while still abiding to due-process requirements.

Former President Barack Obama’s program that protects 800,000 young undocumented immigrants from deportation will likely be struck down by the federal courts soon, predicts the Trump administration and supporters of the Dream Act. Department of Homeland Security Secretary John Kelly told the Congressional Hispanic Caucus that the program to protect DREAMers will likely be struck down assuming 10 Republican states follow through on legal challenges to the program by September. The DACA program allowed undocumented immigrants brought into the United States as children to stay and work providing they don’t commit any disqualifying crimes. The 10 Republican-led states challenge the program on the basis that Obama lacked the authority to grant amnesty to DREAMers.

The Trump administration put on hold a policy designed to allow foreign entrepreneurs to reside in the U.S. to build their companies. The administration reasoned that immigration officials are already overwhelmed with more important work.

The now-delayed program allowed foreign entrepreneurs seeking to develop their start-up companies to be granted “parole” in the U.S. A “parole” is special permission to be in the U.S. with legal status and a work permit with a potential opportunity for citizenship.

TRUMP CALLS FOR BARRING IMMIGRANTS FROM WELFARE FOR 5 YEARS

Trump announced during a recent stop in Iowa that he will ask Congress to pass legislation barring immigrants from accessing welfare within 5 years of entering the U.S. Trump cited a disputed 2015 report from the Center of Immigration Studies which found 51% of households headed by an immigrant are on some form of public assistance. Trump’s proposal will build off an existing act that allows federal authorities to deport immigrants who become public dependents within 5 years of arrival. The act was rolled back during the Bush and Obama administrations and currently states wield the authority to determine eligibility for welfare programs.

In a unanimous ruling, the Supreme Court reversed the revocation of a Bosnian woman’s citizenship who gave trivial untrue answers on her naturalization application. The woman was initially stripped of her citizenship because she falsely stated that her husband had not served in the Bosnian-Serb army in the 1990s after Yugoslavia’s collapse. Chief Justice Roberts was appalled by the case as it could open doors to abuse of power as the government was asserting it could revoke citizenship through criminal prosecution for trivial lies or omissions.

Six individual plaintiffs have launched a class-action lawsuit filed by immigration lawyers and advocates alleging that US Customs and Border Protection (CBP) illegally turned them away after stating “there was no asylum” in the United States. The lawsuit claims that the case is part of a systematic effort by the CBP to prevent people from making asylum claims. In a call with reporters, the lawyers for the class action lawsuit argue that the border officials have misled, threatened, and physically abused asylum seekers in hundreds of cases to prevent them from entering the country. Asylum seekers mentioned in the lawsuit that they were mistakenly told that “Donald Trump just signed new laws saying there is no asylum for anyone,” while some were coerced into recanting their fear of returning home on video.

The Trump Administration then sought an intervention by the Supreme Court which failed as the Court upheld the Federal judge’s ruling allowing the expanded criteria for a bona fide relationship.

According to media reports, a report commissioned by Secretary of State Rex Tillerson and disseminated agency wide recommends the Department of Homeland Security take over the issuance of U.S. visas, passports, and other travel documents. The commissioned report contends this recommendation would help alleviate costs.

TRUMP ADMINISTRATION TO TARGET RELATIVES WHO SMUGGLED IN CHILDREN

The Trump administration announced it will begin arresting parents and relatives who hire smugglers to bring their children into the United States. The new initiative by Immigration and Customs Enforcement marks another push by the administration to fulfill Trump’s campaign promise of tougher immigration enforcement. Officials have not responded to questions regarding details of the announcement leaving immigrants cautious of what could happen.

On July 17th, USCIS published the newest version of the Form I-9. This new form, used by firms to verify employment eligibility, will become mandatory beginning September 18th.

UNDOCUMENTED IMMIGRANTS FACE RISKS FOR DRIVING WITHOUT A LICENSE

The Trump Administration has taken an aggressive stance on illegal immigration which has made simple traffic violations turn into easy targets for deportation. Traffic stops have always had the threat of deportation but during the last years of the Obama administration, serious crimes were given priority and traffic stops typically just led to deferment. However, this is no longer the case. Over the past several months there have been an increasing number of drivers and passengers being detained and taken into ICE custody during routine traffic stops all over the nation. Many now face deportation back to their respective countries.

The House recently approved two bills cracking down on undocumented immigrants and areas that provide refuge for them at the urging of President Trump. The bills would increase prison sentences for those re-entering the country illegally and threaten sanctuary cities with cuts to federal funding to comply with federal immigration officials. It is likely that the two bills will meet resistance in the Senate as Democratic support is needed to clear the Senate’s 60-vote threshold.

The Department of Homeland Security has formally cancelled the DAPA (deferred action for parents of Americans) program. Homeland Security Secretary John Kelly revoked a key policy memo that created the program which intended to keep immigrant parents from deportation and provide them renewable work permits. The program was halted by a Texas judge when 26 states filed suit challenging its legality.

JUDGE BLOCKS DEPORTATION OF ANY IRAQI NATIONALS FROM THE U.S

The Pentagon is currently considering the cancellation of several military contracts for a program which offers citizenship to foreign service members that lack immigration status. Furthermore, the Pentagon is also considering enhanced screening for 4,100 troops whom are naturalized citizens.

Client from Pakistan, married to a U.S. citizen, who was recently arrested, asks:
If I appear for the biometric fingerprint in connection with my green card adjustment application will that trigger a response from ICE to arrest me?

Answer: Although there is a memo from February authorizing ICE “to identify, capture and quickly deport every undocumented immigrant they encounter” including any foreign national who has been “charged” with a criminal offense – to date, we have not seen that happening. Of course, we will keep our readers informed of any developments.

Swedish national who received a green card based on extraordinary ability (self-sponsored) asks:
As I’ve had my green card more than 5 years now, could I apply for an American passport/American citizenship?

Answer: In order to apply for US citizenship you must demonstrate/prove that you have been physically residing in the US for 30 out of 60 months and no absence has exceeded 6 months – and certainly not one year.

French national who has overstayed his ESTA asks:
Is it safe to travel domestically in the U.S. without legal status?

Answer: Certainly, however at this time there are greater risks because of the increased enforcement generated by the Trump administration. Some incoming domestic flights have been checked on occasion including Newark and JFK. Hence, there are definitely risks – especially in light of the recent policy Memo from May that gives CBP agents the authority to question almost anyone they encounter.

New York area health care agency asks:
Do we have an “affirmative” duty to report illegal aliens who contacts us for potential jobs?

Answer: No, there is presently no legal or affirmative duty on the part of individuals or companies to report illegal aliens.