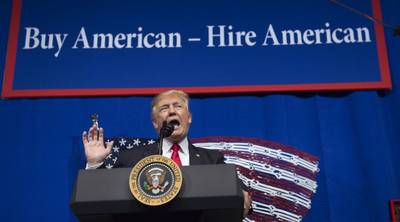 In line with President Trump’s immigration platform, the Trump administration is seeking to make changes to the current H-1B lottery system. The changes would increase the number of highly educated workers obtaining the visa – with applicants with advanced degrees gaining preference.

Politico, citing an anonymous source from the DHS, has stated that the administration intends on pooling all H-1B applicants into the same general pool of 65,000 visas. Once the cap is reached, remaining applicants with master’s degrees will be placed in a 20,000 visa “master’s cap” pool. This is a reversal of the current lottery system where individuals with advanced graduate degrees would be processed through a 20,000 visa pool with the remaining advanced degree holders being added to a general pool of 65,000.